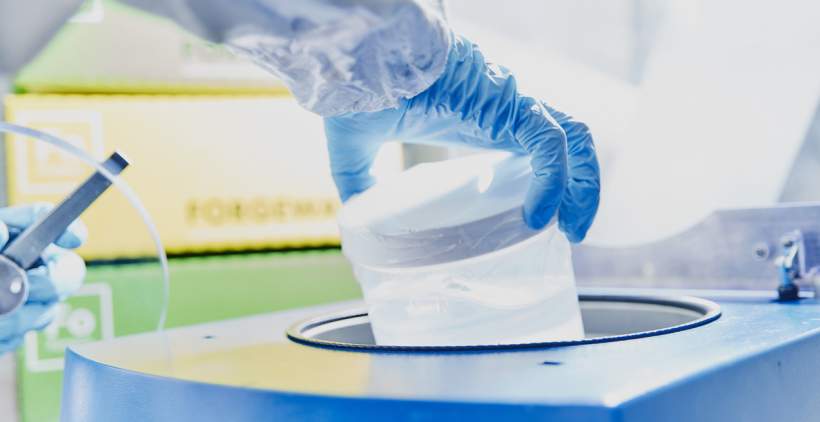 You know ABS is the right plastic, you know glue is going to be the best joining method for your situation, and you now need to find out the correct glue.

Nonetheless, you’re a bit stuck. You have probably heard about a few different types of glue but you have no idea which one will work best for you.

Here at Forgeway, we are specialists when it comes to adhesives. We often help our customers find the right structural adhesive for their specific situations.

A lot of the time, industrial-sized transportation manufacturers or construction companies use ABS for structural situations. However, they need to find an adhesive that will match its strength and not be the weak point in the structure.

Ultimately, there is no easy way to answer the question. The right adhesive for you will depend on the structure you are bonding and what you want from the adhesive.

Don’t worry though, we will help you determine which adhesive is the best option for you. This article will discuss the available options. By the end of this article, you will know which option could be the best for you.

What is ABS plastic?

First, let’s discuss what ABS actually is and what the different types are.

ABS stands for Acrylonitrile Butadiene Styrene. These three monomers make up the plastic and contribute to its popularity. The reason for this is that each monomer brings a certain set of strengths.

These factors are the main reason the transportation and construction industries regularly use ABS for structural purposes. There are instances where these monomers can be tweaked to increase one attribute.

As an example, if you want an ABS that is more rigid, you would use an ABS that has more of the styrene monomer. To increase the impact resistance – more rubber is added (Butadiene – the ‘B’ in ABS).

ABS has a strength of 6-9 MPa. If the adhesive is significantly stronger than this, there will be a transfer of any stress (bumps, vibration etc) directly to the ABS component. This could potentially cause premature failure of the plastic component, or what we would call ‘substrate failure’.

Is ABS difficult to bond?

With that being said, there may be instances where the different types of ABS (like where more styrene is added) can result in the abs having a lower surface energy. This is because the styrene monomer is what gives the ABS its ‘glossy’ finish. When there is more styrene, there is more gloss resulting in greater difficulty to bond.

If you are worried about this happening, you will want to check with the adhesive supplier that the surface energy of the ABS you are using isn’t going to cause a problem.

The best types of glue for ABS

With such a subjective question, it is never easy to say for sure which one is best. This next section should give you some idea of which one could solve your problem.

We should state that this is talking about adhesives for structural situations. For smaller DIY projects, you would be best off using a cyanoacrylate glue (super glue).

This list is in no particular order but it will show you the different types of structural adhesive that could work for you. I know you’re probably thinking “But that doesn’t tell me anything” and you are correct, it doesn’t.

Let’s dive into each adhesive option and describe them in more detail as well as discuss their positives and negatives.

Epoxy-based adhesives (epoxies) can either be one-part or two-part adhesives. Two-part epoxies consist of the epoxy resin on one side and a hardener on the other. When mixed, these two parts will interlink and cure.

One-part epoxies will have the hardener already mixed in, but require elevated temperatures to start the curing process.

Benefits of using an epoxy-based adhesive

Epoxies are best known for their strength. In fact, they are the highest-strength adhesive you can use to bond your ABS plastic. You can get different variations of epoxies, and some can have strengths of over 30 Mpa.

Epoxies also have a very high chemical and water resistance. This means you can use an epoxy-based adhesive to bond your ABS in a situation where it may be exposed to chemicals or high volumes of water.

What to look out for with an epoxy-based adhesive

Brittleness is one of the biggest drawbacks to using an epoxy. If there is significant movement in the structure around the ABS you are bonding, the epoxy is prone to cracking.

A common situation where brittleness is a problem is when bonding a panel on the side of a vehicle. Because there can be a lot of movement (when going over bumps etc), the adhesive needs to flex. Epoxies don’t have much flex so are prone to cracking in this situation.

Epoxy-based adhesives will require additional heat to cure, and the environment surrounding the adhesive will affect its cure time. Lower temperatures will result in a longer cure time.

There are also some health risks associated with using an epoxy-based adhesive. This is because epoxies contain bisphenol. However, you will be able to manage any risks and all risks are displayed on the safety data sheet as well as on the product itself.

They only come as a two-part adhesive. That being said, the two parts can come in different ratios; the main rations are 10:1 and 1:1. The 10:1 is for situations where more flexibility is required.

We would say that MMAs are best known for their curing. Let me explain as that may seem confusing. MMAs are the only structural adhesive with a ‘snap cure’. This is where the adhesive will cure suddenly as opposed to other adhesives which cure gradually.

MMA’s are not susceptible to changes in temperature either. Other types of adhesives have cure times that can be sped or slowed depending on the temperature. But the cure time of MMAs is consistent.

MMAs are also very strong. Not quite as strong as epoxies, but MMA’s strength isn’t something to ignore. They are capable of achieving bonds with strengths up to 20 Mpa.

What to look out for with a methyl methacrylate-based adhesive

The most prominent drawback to MMAs is their exotherm. When bonding ABS, the exotherm is likely to cause witnessing on the surface of the plastic.

This exotherm is a lot more of an issue when you require large amounts of an adhesive to bond the ABS. If you are only using small quantities, the MMA’s exotherm will not be an issue.

As mentioned earlier, you can get more flexible methyl methacrylate adhesive variations. Whilst the 10:1 variation is more flexible, the brittleness is still an issue that you should be aware of. It is similar to the epoxy in that brittleness means it might not be the best option in certain situations where you are bonding ABS.

Although it does have a very distinct odour, there are no isocyanates in an MMA’s base chemistry. This means there are fewer potential health risks than other structural adhesives.

You can get multiple adhesives with a hybrid base chemistry. We will be focussing on MS polymer as this is the most common, and we know the most about it.
MS polymer stands for modified silicone polymer. MS polymer-based adhesives are usually one-part, but there are occasions where you can get two-part options.

MS-polymers are very flexible whilst having a very high strength. Granted the strength (5 Mpa) isn’t as high as other structural adhesives, but its superior flexibility can make it a more appealing option for some when bonding ABS.

This flexibility means it has high impact resistance and allows you to use MS polymers as a sealant as well as an adhesive.

MS polymers also have no significant health risks (unless you eat them), do not exotherm as they cure, and you can colour-match to suit your specific situation.

Curing can be a problem with MS polymers as they require moisture to cure. If you use them in a situation where there are limited amounts of air, the cure time will be affected.

Some people would say MS polymer’s lower strength is a drawback. However, we would say they are strong enough for most situations where you are bonding your ABS.

Polyurethane is a range of chemicals that share similar chemistry. Polyurethane-based adhesives will almost always be one-part. Adhesive manufacturers can modify the formulation to suit your specific situation. One of the problems with single component polyurethanes is that they contain solvents which can attack the ABS. Also, they don’t have very good UV stability. So they shouldn’t be used for sealing up for external applications. When an MS and a PU are used together – one can inhibit the cure of the other.

If you require the adhesive to have more of one characteristic (such as flexibility), the adhesive manufacturer can modify the polyurethane to suit this.

Positives of using a polyurethane-based adhesive

Similar to MS polymers, polyurethane-based adhesives are flexible. They are much stronger than MS polymers though. They can have a strength of up to 15 Mpa.

Polyurethanes have very good sealant properties too, and they aren’t prone to abrasion.

Polyurethane-based adhesives are similar to epoxies because they also have isocyanates in the base chemistry. These isocyanates can potentially cause a health risk, although you can manage that risk.

Polyurethane’s cure time is gradual, much like that of epoxies. But this means the external temperature will affect the cure time too and isn’t always consistent.

You will also need to prepare the surface of the substrate before applying the polyurethane adhesive.

Choosing the best glue for you when bonding ABS plastic

Now that you have read through each glue that could bond your ABS, how can you decide which one is best for you?

As adhesive specialists here at Forgeway, we understand it is never an easy decision. But we have helped thousands of companies, just like you, decide which glue is best for them.

First, we advise you to determine which characteristic is most important to you first. After this, you can then determine which glue meets those needs and is the best option to bond your ABS.

However, in our opinion, we would say that MS polymer adhesives are the best option when bonding ABS.

If you still need help deciding which glue is the best option for you, we recommend you download chapter 4 of our Ebook. It goes into more detail about some of the other positives and negatives to look out for with each option.

However, if you think one of the adhesives we mentioned here sounds like a good fit, you can download a comparison table of structural adhesives to see which one could help you bond your ABS.