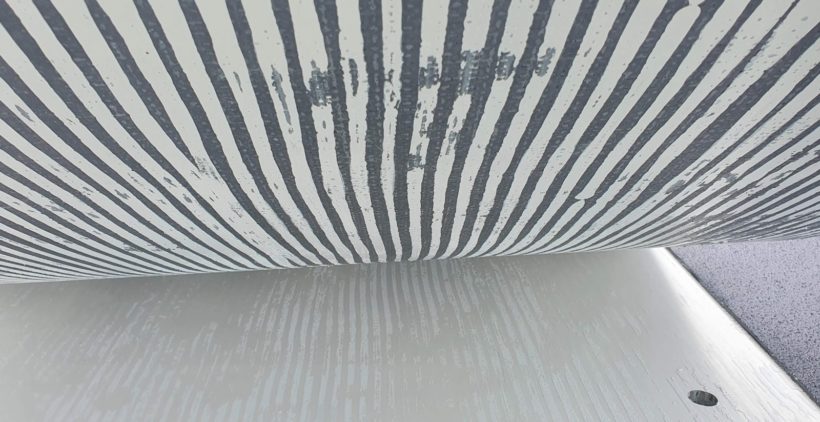 When the adhesive bond fails, it’s not always easy to establish the cause of the failure. You are looking at two (maybe more) substrates that have separated and you don’t know what to do. You’re wondering where you can start assessing to try and figure out what happened.

We know that feeling. Here at Forgeway, we manufacture industrial adhesives. Over the years we have witnessed countless occasions where the adhesive bond fails. Experience has taught us how we can assess the bond to try and determine the cause of the failure.

That’s why we wrote this article. We want to help you understand the different bond failures so you can work out the reason why the bond failed. By the end of the article, you will know the five different types of bond failure. You will then be able to start working out the cause of the failure.

The different types of bond failure

There are a few reasons why this could be. Sometimes it could be that the bondline was too thick. However, if the bondline is between 2mm and 4mm, this likely isn’t the issue.

An adhesive that is not fit for purpose will cause cohesive failure.

This is where there is a thin film of adhesive on one surface. Sometimes this film is so thin that you struggle to see it. The adhesive reaches the limits of its strength and will tear near the surface of one substrate.

This usually only happens when there is insufficient surface preparation and an inadequate adhesive. Using a primer or surface activator can stop this type of failure from taking place.

This is where there is adhesive on only one of the surfaces. This is because of an improper bond between the surface and the adhesive. We would often call this ‘delamination’.

The other cause of adhesive failure is improper surface preparation. If you don’t prepare the surface properly, the bond is likely to cohesively fail.

A lot of substrates will have a protective layer on the surface that some people don’t remove. If you don’t prepare the surface correctly, you will not remove the contaminants. The bond is likely to adhesively fail.

Corrosive failure is similar to adhesive failure. The adhesive will come off one surface but not the other. However, the cause of the separation is different.

Corrosion failure is where the metal corrodes to the point where it makes the surface unbondable. Poor choice of substrate or incorrect preparation methods will cause corrosion failure.

Now you know the types of adhesive failure, what next?

The next steps will depend very much on the type of failure you have experienced.

If you have experienced cohesive failure, you will need to look for an alternative adhesive option. Usually, we advise you to look at using an adhesive with the same base chemistry (so you don’t need to worry about adhesion) but with greater strength. However, that’s only if you have ruled out bondline thickness causing cohesive failure.

Thin-film cohesive failure will require you to look at a stronger adhesive with a different surface preparation method (like priming).

If you experience substrate failure, you need to decide whether that is a problem with the joint design or the adhesive itself. You may need our help to determine why you have experienced substrate failure. But, you may find that you have prioritised strength over flexibility.

You will also need to know more about your substrate to ensure you have the right adhesive match. By following the link below, you can find out more about our free consultation which will help you find out the details of your substrate.